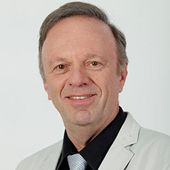 Michael Kagan is a co-founder of Mellanox and has served as CTO since January 2009. Previously, Mr. Kagan served as vice president of architecture from May 1999 to December 2008. From August 1983 to April 1999, Mr. Kagan held a number of architecture and design positions at Intel Corporation. While at Intel Corporation, between March 1993 and June 1996, Mr. Kagan managed Pentium MMX design, and from July 1996 to April 1999, he managed the architecture team of the Basic PC product group. Mr. Kagan holds a Bachelor of Science in Electrical Engineering from the Technion — Israel Institute of Technology